Students analyzed video of their bouncy balls and collected evidence to argue whether the energy is primarily dissipated by air resistance or by the impact with the table. There was a nice variety of approaches and I was pleased by how many students went back to the fact that we neglected air resistance during projectile motion to make a prediction about whether it should matter here. 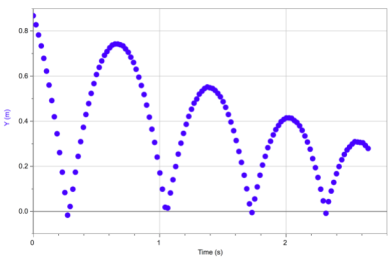 Students worked on building their cargo carriers based on yesterday’s designs. To help keep the focus on the science behind their designs, I stopped by each group and used a dice to pick someone to tell me how Newton’s Laws support their design decisions. For the first time, I had several tables where students were hoping they would be the one picked because they were excited to talk about their group’s work, which was fantastic! 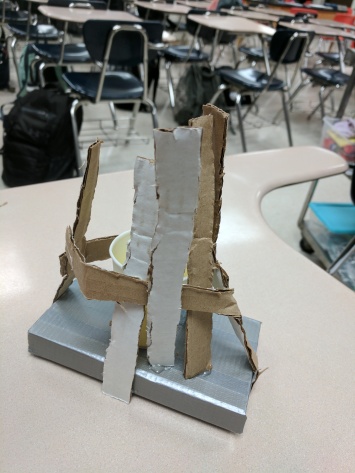