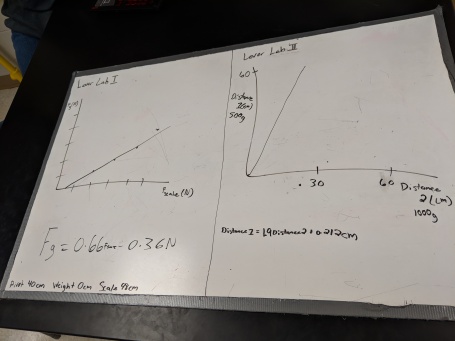 In my first hour, the board meeting was pretty rough with a lot of very long silences. I forgot this was the first board meeting of the trimester and about half of my students had the other physics teacher last tri, so I should have taken more time to set up the board meeting. My other hour is a little more talkative to begin with, but I also spent more time prepping for them discussion and things went much better.

Students applied molar mass to some real-world problems, such as finding how many moles of chalk it took to write their name. Students are approaching the calculations for number of moles very algorithmically without much sense of why they divide the numbers they do. I need to think about how to make the why more apparent; I’ve discussed some analogies, such as bank tellers counting pennies by weight, but I wonder if it would be helpful to actually carry an analogy out in the lab.