Students continued data collection and analysis for their pendulum lab. Today, I added that they need to predict the period of a roughly 5 m long pendulum we can hang in the front entrance, which drove some groups to get the longest pendulums they could at their lab tables. I had some groups try to use their formula sheets to calculate the period, rather than extrapolate from their data, but struggled to differentiate between the three formulas for period listed. 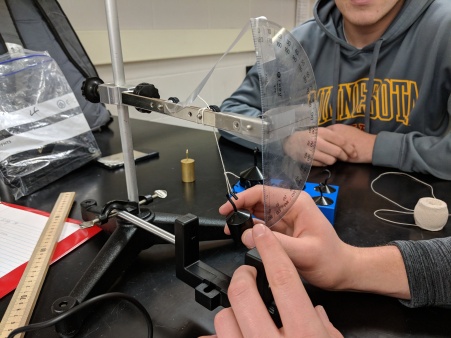 One solution for measuring angle

Students whiteboarded the first part of the problems from Friday. In the section that had a sub, the majority of students did not attempt the problems and said it was because they were too confusing. I’m planning to spend some time tomorrow discussing general strategies for moving forward on a confusing problem. 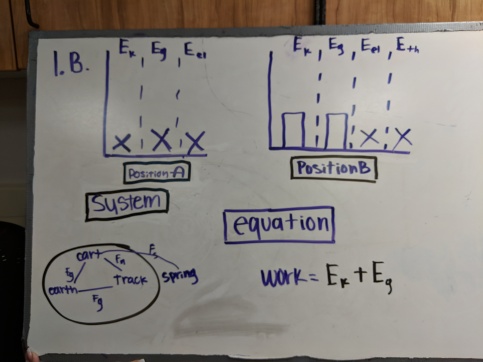 Students collected temperature vs. time data for heating up ice to boiling. Glancing at the numbers, I think most students will have pretty good results. Several groups called me over to say it wasn’t working since they didn’t have much temperature change at the beginning. 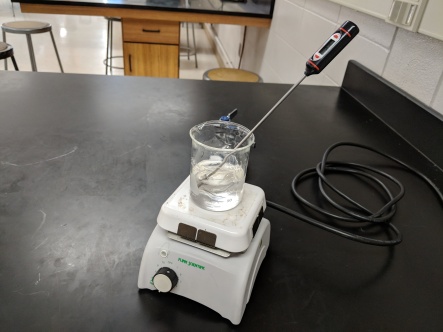