Students have been feeling pretty good about the unbalanced force problems so far, so I gave them some problems without any numbers. It took some time to get through the first one, then things went very smoothly, even as the problems got tougher.

Students did an activity I got from Casey Rutherford using pipe cleaners to translate between free-body diagrams and vector addition diagrams. Students had some good conversations about the difference between balanced forces and equal forces. 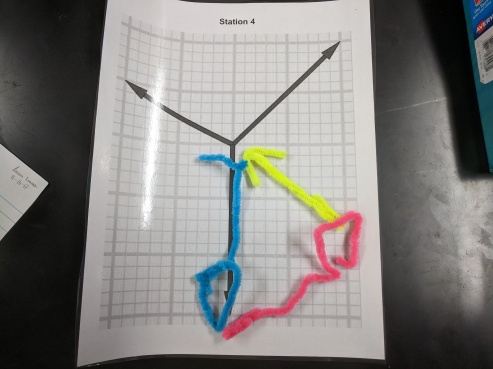 Students finished exploring PhET’s Build an Atom simulation. They were able to recognize all of the patterns I wanted them to and were very successful on the questions I had connecting the simulation to their periodic tables. I was also pleased by how quickly students picked up on the fact that the simulation only gave whole number masses, while their periodic table has lots of decimals.