We had a board meeting to discuss the results of the video analysis from the last few days. I asked students to write a CER for whether the forces on each system of pucks were balanced or unbalanced. This lead nicely into some conversation about what exactly we mean by the two -puck system. I ended up wishing students had more experience interpreting position vs. time graphs prior to this discussion; we’ve mostly worked with velocity vs. time graphs so far, and the various uncertainties piled up to make it look like the velocity was changing. The position vs. time graphs were much more convincing, but students weren’t as likely to look at those.

Afterwards, we played with the coupled carts from Kaar, Pollack, Lerner, and Engles’ The Physics Teacher article. The graphs were very satisfying. 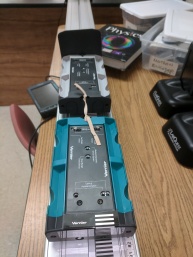 On the last quiz, a lot of students really struggled to interpret the problems, so we spent some time today on how to break down a physics problem. As we discussed how to approach a problem, we took time for students to apply each step to the problems on the most recent quiz. 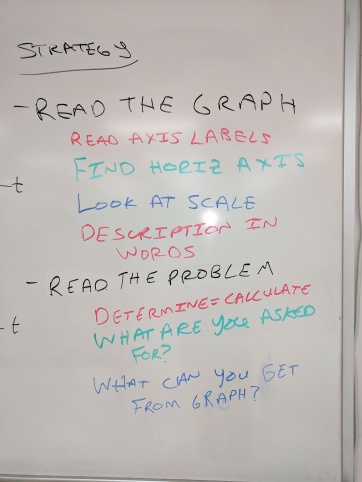 We used the results of yesterday’s simulation to develop the gas laws. I’ve found a lot of my students really struggle with algebra, so, rather than developing equations, we came up with statements using proportional reasoning which students then applied to some problems. Some of my students who really struggled to manipulate the density equation were very successful with today’s gas laws problems, so I think this approach was a success.