We whiteboarded the spring lab from yesterday. In both my sections, students had great observations and did a nice job of starting to talk about what the graphs mean with out too much prodding. There was a lot of great discussion about the limits of this model, as we tried to figure out whether the intercept on these graphs should be zero. One student also raised the point that if you overstretch a spring, it bounces back, so we was wondering if the linear relationship would still work. I might have them try it with rubber bands. 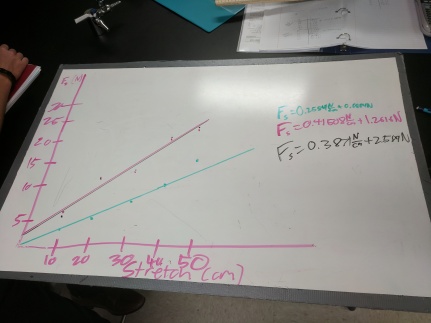 We whiteboarded the buggy lab. I had a lot of trouble keeping students engaged in the large group discussion, I think partly because students didn’t use the ideas we developed in board meetings during the first unit, setting the tone that board meetings aren’t important. One thing that helped a lot was a student who was extremely willing to ask questions about what groups had done when their graphs were different from her group’s, which pulled a lot of students back into the discussion.

After the board meeting, I got out my Fridge Rover, a magnetic wind-up toy that maintains a pretty constant velocity, to introduce motion maps. I made marks on the board showing the rover’s position at regular time intervals, which drives home the connections between motion maps and the buggy lab students just did.

Students found a relationship between mass and volume for water, which I used to introduce density. This was one of the times I really liked particle diagrams, since it made density much more concrete than an equation would. A lot of groups skipped finding the slope of their line, so I need to keep reinforcing that the slope is important. 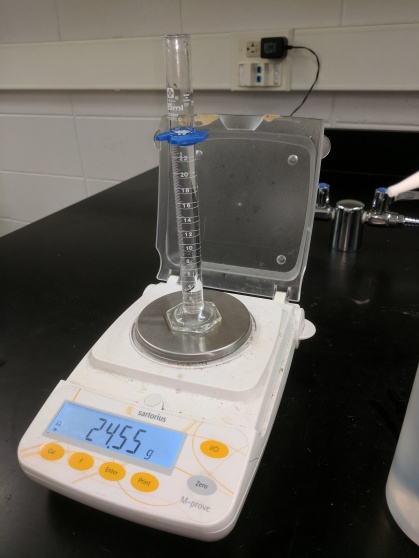