Students built simple electric motors, then experimented with how they could change the behavior of the motor. They drew a lot of nice connections between their observations and the previous work we’ve done on wires in magnetic fields. I let students use power supplies, and the sparks that showed up at higher voltages were very popular. 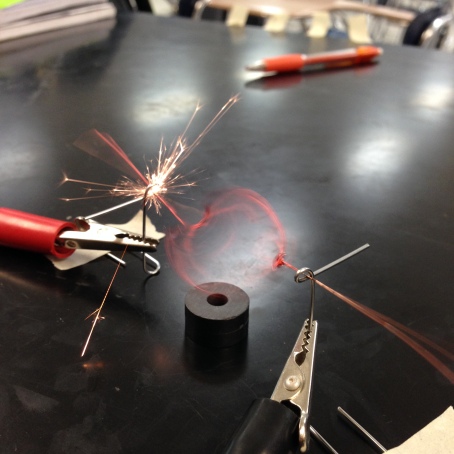 Students simulated radioactive decay using M & M’s, with one side representing the parent isotope and other representing the daughter. To reinforce half-life is based on probabilities, rather than hard and fast rules, I wanted to have students compare several runs of this experiment. Each group did the experiment twice, then submitted their averages to a Google Form. Tomorrow, we’ll look at the class data to see how it compares to the results of individual groups.