School started on Tuesday! This week was all about setting the culture for my classes.

We dove right in and started the buggy lab on day 1 to start building the constant velocity model. Once again, I used Frank Noschese’s take that “Any lab worth doing is worth doing twice.” On day 1, I just told students to make a graph on a whiteboard that represented their buggy’s motion. There was a lot of variation and other messiness in the whitebaords, which lead the post-lab discussion naturally into how we could prepare whiteboards in a way that set us up for a better discussion. On Day 2 and 3, we repeated the lab, but with some agreements in place to make the whiteboards easier to discuss.

Last year, this approach felt like I was doing some “expose and shame”, but I really liked that it gave an authentic reason to agree on certain details as a class before data collection. This year, I tried to address that by starting the discussion on day 1 by explicitly addressing the fact that every group met the standard set in the directions I gave and talking about the benefits of the different representations we saw. When we switched to talking about changes to the lab, I emphasized that we would be approaching the second round with a focus on being able to communicate and compare results. I also kept the focus on what students needed from me, rather than what students needed to do differently, if we were going to focus on communicating and comparing. This framing of the discussion felt much better to me. 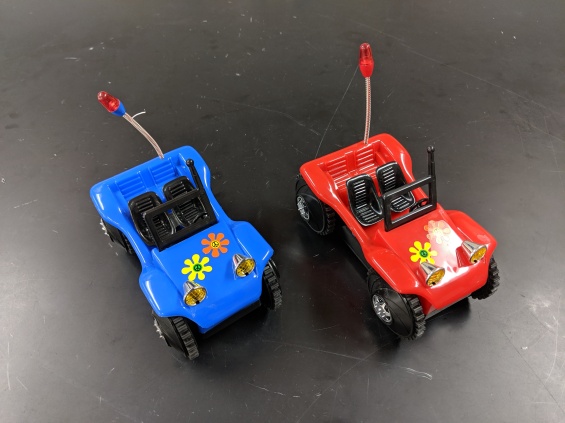 Partly to avoid sharing equipment and partly to limit how much students have to retain from the first lab, we started by asking students to predict the mass of a large dowel by finding a relationship between the mass and volume of smaller dowels. Similar to AP, we did the lab twice. On the first day, I just asked students to predict the mass of the large dowel, and many ended up using measurements from a single smaller dowel. That lead to some nice discussion on how measuring more small dowels would reduce uncertainty. It also lead nicely into graphs as an easy way to look at the ratio between mass and volume of several dowels simultaneously. For the second round of the lab, students used the lab template I put together for the course.