We started with some mistakes whiteboarding of yesterday’s problems, which went very quickly and smoothly thanks to the connections my students were making to linear motion. Afterward, I gave them a goal-less problem for accelerated circular motion, and those connections continued to serve students well

We’d originally planned on taking a few days to close out the mechanics part of the course after oscillating springs, but the other physics teacher and I both forgot. Now that we’ve done what we’re going to with mechanical waves, we decided now would be a good time. Students worked on some problems revisiting the links between force, motion and other concepts from this year. There was lots of good discussion as they worked.

We did a gallery walk of some stoichiometry problems. Students have been doing well with the problems and seem to understand WHY they are doing the math they are, which I’m really excited about. I’m thinking about switching to BCA tables in the future; I need to spend some time trying problems with them. We’ll be starting work on some curriculum revisions for the course next year, and that might be a good time to take a closer look. 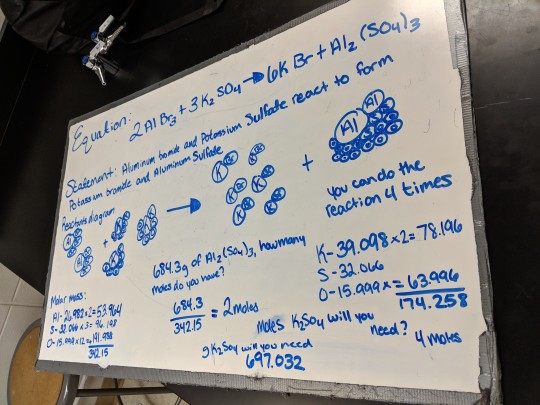