I had a sub today.

I usually avoid leaving anything equipment intensive when I have a sub, but we had Brian Frank’s interaction stations on deck for today. The other physics teacher and I try to stay within a day or so of each other, so we set the stations up in his room, then his classes and mine will switch places the hours I have physics. 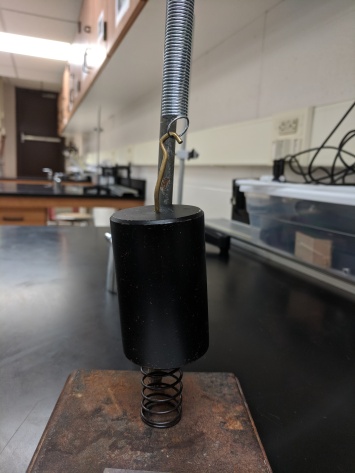 Plan A was for my co-teacher to introduce phase changes by having students do a lab making a temperature vs. time graph for lauric acid as it melts and re-freezes. Then, on Tuesday, we found out a fire drill was scheduled for the start of this hour. Since a lot of students in the class really struggle with transitions and with changes to the routine, a sub, plus a fire drill, plus a lab just seemed like a disaster. I ended up putting together a reading assignment from the textbook introducing the three states of matter we’ll be working with.