I took a page from Frank Noschese and embraced the idea that “Any lab worth doing is worth doing twice.” I gave groups the very vague directive to collect data on the buggy’s motion, then represent it on a whiteboard and turned them loose. My students seemed very comfortable with the ambiguity and dove right in, which was fantastic. I had a good mix of data tables and graphs on whiteboards, along with a lot of variations on graphs, which led to some good conversation on what would make it easier for us to compare results. Tomorrow, we’ll re-do the lab with a focus on being able to compare results. I talked more than I’d like today, but that’s pretty typical of when I do a new discussion.

To start building class culture and learning how to collaborate, I started today with Frank Noschese’s subversive lab groups. Once they were in groups, students did the broken circles activity from Designing Groupwork: Strategies for the Heterogeneous Classroom. Each student got an envelope with pieces of a circle inside. As a group, they had to assemble four complete circles without talking. Afterward, we had some discussion about what skills groups needed to complete the task.

Today was also about class culture in chemistry. This class also started with subversive lab grouping, but  I stepped in more than I did in physics. There were more students in this class who seemed nervous about approaching their peers and it was tougher for them to identify other possible solutions when a group got too big. Afterward, we got out the mystery tubes. I could tell I didn’t make the goal as clear as I sometimes do; while there were a lot of groups who were very engaged and had great conversations, others had trouble getting started. 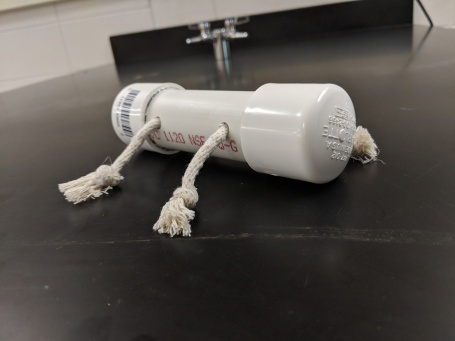