I started by having students whiteboard some model summaries. I started with linear motion, then asked students to add the angular version of each representation. This seemed to help students draw connections between linear and angular motion. Afterward, students started working on a lab practical to predict where to start an unrolling roll of toilet paper so it hits the ground at the same time as a toilet paper roll dropped from a given height. 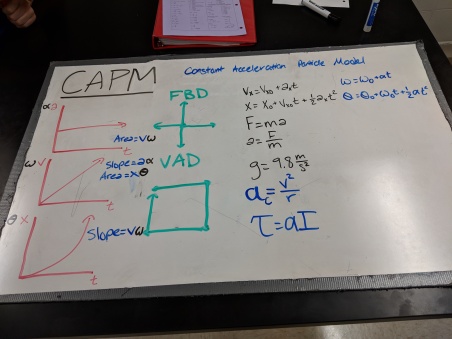 To introduce waves, students played around with snakey springs to look for ways to change the behavior of the waves and get some data for a relationship between wavelength and frequency. Today was one of the first days it was 60 degrees all day and there wasn’t much snow on the ground, so I took the lab outside and a lot of students used sidewalk chalk to help with their measurements. There were also some good observations of the shadows; one group making cycloid waves noticed their shadow looked the same as the shadow for 2D waves. 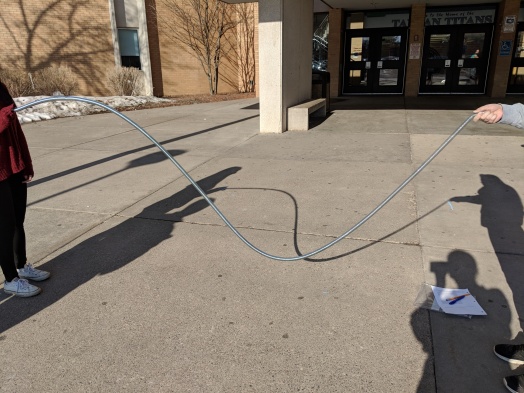 Students used a PhET simulation to start building some ideas about limiting reactants. The class was much rowdier than usual; the class meets the last period of the day, and I think the nice weather was making a lot of them restless. The concrete visualizations did seem to help a lot of students start making sense of limiting reactants. 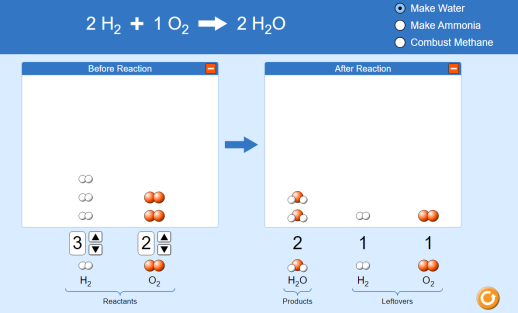