Students used a modified Atwood’s machine to collect data for a relationship between force and acceleration. We spent some time unpacking that statement since I’ve found it really isn’t obvious to students what that means; last year, a lot of students really struggled to go from that statement to recognizing they needed to change the force and measure acceleration,

To conclude the wind turbine project, I gave students some information about an imaginary small farm and tasked them with selecting locations for three wind turbines and preparing a report for our “client” to justify their choice. Unfortunately, with the wind turbines and fans we have, it isn’t practical to set up both the topography and a trio of wind turbines for students to test their plans. Next year, I might try setting up a single, larger test area using a couple of our box fans so that we can have a big enough model for students to actually test their plan. 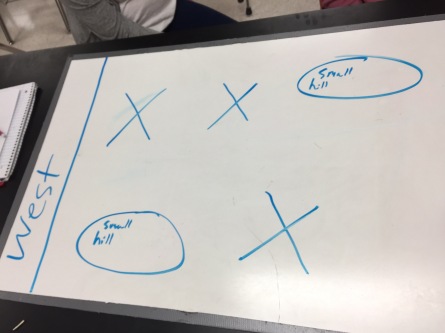