Tonight is Tartan’s Relay for Life event, which the majority of our students participate in, so my students were definitely wound up, but still managed to focus on some science.

We did a whiteboard gallery walk on yesterday’s problems, then got out some lenses to make some observations. I based my activity on a packet of optics activities originally written by Dewey Dykstra of Boise State University, which walks students through some things to try, like blocking part of the lens, and asks them to make observations. Students were surprised by a lot of the results and several were really vocal that they were glad I had them try it themselves because they would not have believed it if I told them. 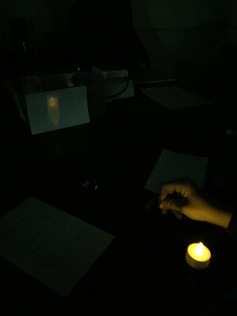 I introduced students to the idea of concentration and gave them some time to work through some problems.